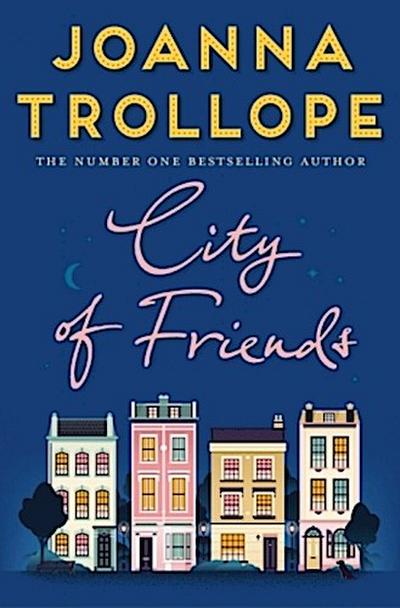 Joanna Trollope is the author of many highly acclaimed and bestselling novels, including The Rector's Wife, Marrying the Mistress, Daughters in Law and City of Friends. She was appointed OBE in 1996, and a trustee of the National Literacy Trust in in 2012. She has chaired the Whitbread and Orange Awards, as well as being a judge of many other literature prizes; she has been part of two DCMS panels on public libraries and is patron of numerous charities, including Meningitis Now, and Chawton House Library. In 2014, she updated Jane Austen's Sense and Sensibility as the opening novel in the Austen Project.

An emotional journey portraying the multiple frustrations, pressures and hidden agonies of four women. City of Friends is the number one bestselling novel from the highly acclaimed author, Joanna Trollope.

The day Stacey Grant loses her job feels like the last day of her life. Or at least, the only life she'd ever known. For who was she if not a City high-flyer, Senior Partner at one of the top private equity firms in London?

As Stacey starts to reconcile her old life with the new - one without professional achievements or meetings, but instead, long days at home with her dog and ailing mother, waiting for her successful husband to come home - she at least has The Girls to fall back on. Beth, Melissa and Gaby. The girls, now women, had been best friends from the early days of university right through their working lives, and for all the happiness and heartbreaks in between.

But these career women all have personal problems of their own, and when Stacey's redundancy forces a betrayal to emerge that was supposed to remain secret, their long cherished friendships will be pushed to their limits . . .

'It's fiendishly well plotted and, with its glittering London settings, full of urban glamour' - Daily Mail