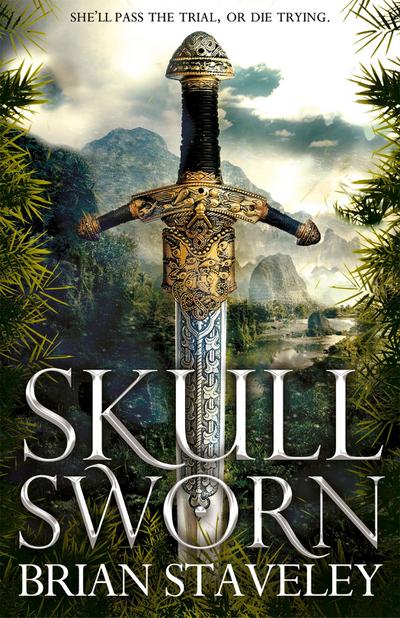 After more than a decade teaching history, religion, and philosophy, Brian decided to write epic fantasy. He now lives on a steep dirt road in the hills of southern Vermont, where he divides his time between fathering, writing, husbanding, splitting wood, skiing, and adventuring - not necessarily in that order. He is the author of the epic The Chronicles of the Unhewn Throne, which begins with The Emperor's Blades.
FOR ONE APPRENTICE ASSASSIN, THE CLOCK IS TICKING Pyrre Lakatur doesn't like the description skullsworn. It doesn't capture the beauty of her devotion to Ananshael, God of Death. And she's not an assassin, but a priestess. Or will be, if she passes her final trial. The problem isn't killing - Pyrre has spent her life training for this. The problem is love. She'll have fourteen days to kill seven people in an ancient song, including her one true love. However, Pyrre has never been in love, and if she fails she'll be given to her god.
So before the trial, she returns to the violent city of her birth, where she once offered an abusive father to Ananshael. Here Pyrre hopes to find love - and end it with the edge of her knife.
'Brilliant'
V. E. Schwab
'Visceral action scenes and memorable characters bring this tale to life'
Publishers Weekly
'An outstanding novel on every level'
Bibliosanctum
A gripping standalone novel set in the world of Brian Staveley's Chronicles of the Unhewn Throne trilogy