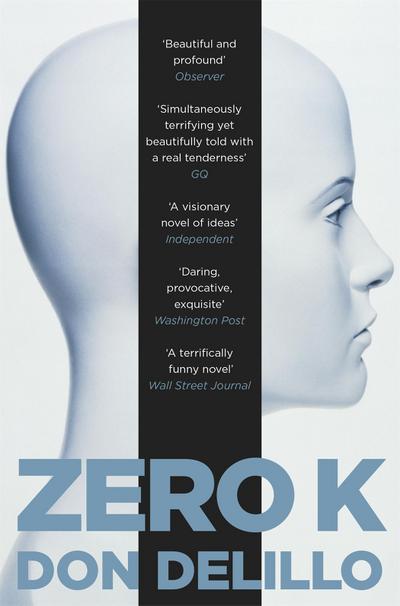 Don DeLillo is the author of many bestselling novels, including Point Omega, Falling Man, White Noise, Libra and Zero K, and has won many honours in America and abroad, including the National Book Award, the PEN/Faulkner Award for Fiction, the Jerusalem Prize for his complete body of work and the William Dean Howells Medal from the American Academy of Arts and Letters for his novel Underworld. In 2010, he received the PEN/Saul Bellow Award. He has also written several plays.

Jeffrey Lockhart has been summoned to The Convergence: a remote and secret compound where death is exquisitely, cryogenically controlled.

He is there to say goodbye to his stepmother, Artis, who has chosen to surrender her dying body; preserving it until a future time when biomedical advances and new technologies can return her to a life of transcendent promise.

Hypnotic and seductive, Don DeLillo's Zero K is a visionary novel about the legacies we leave, the nobility of death, and the ultimate worth of 'the mingled astonishments of our time, here, on earth.'