The Death of Kings 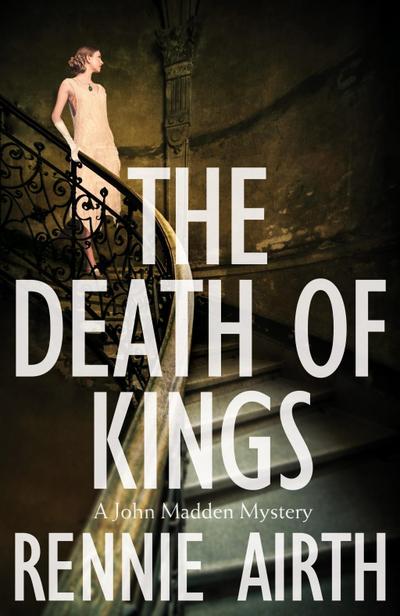 Rennie Airth was born in South Africa and has worked as a foreign correspondent for Reuters. The first novel in his John Madden series, River of Darkness, was published in 1999 to huge critical acclaim, was shortlisted for four crime fiction awards and won the Grand Prix de Littérature Policière in France. River of Darkness was followed by The Blood-Dimmed Tide, the CWA Ellis Peters Award shortlisted The Dead of Winter, The Reckoning, and The Death of Kings.
I have reason to believe that the jade pendant accompanying this letter is the same one that disappeared from Miss Portia Blake's body in August 1938 . . . Since the piece could not have been stolen by the man who was hanged for Miss Blake's murder, the question arises: who else could have taken it? And why?1949. An unsigned letter arrives on the desk of Chief Inspector Derry of the Canterbury police. Enclosed is a jade pendant, identical to the one that went missing from the body of Portia Blake, an actress murdered a decade previously. The case had been shut quickly at the time - the accused vagrant giving a written confession and sentenced to the gallows - but in the police's haste to close the inquiry, the necklace was never recovered.
Until now.
Inspector Madden is asked to investigate the letter's claims by his old friend, and former Chief Inspector, Angus Sinclair, who fears the wrong man may have been hanged on his watch. But with a world war separating Madden from the murder, the truth will not come easy . . .
The fifth novel in Rennie Airth's outstanding Inspector Madden series set in post-war Britain.