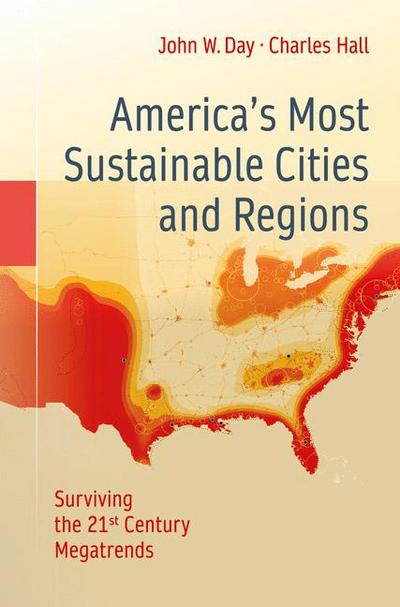 America’s Most Sustainable Cities and Regions

This book takes you on a unique journey through American history, taking time to consider the forces that shaped the development of various cities and regions, and arrives at an unexpected conclusion regarding sustainability. From the American Dream to globalization to the digital and information revolutions, we assume that humans have taken control of our collective destinies in spite of potholes in the road such as the Great Recession of 2007-2009. However, these attitudes were formed during a unique 100-year period of human history in which a large but finite supply of fossil fuels was tapped to feed our economic and innovation engine. Today, at the peak of the Oil Age, the horizon looks different. Cities such as Los Angeles, Phoenix and Las Vegas are situated where water and other vital ecological services are scarce, and the enormous flows of resources and energy that were needed to create the megalopolises of the 20th century will prove unsustainable. Climate change is a reality, and regional impacts will become increasingly severe. Economies such as Las Vegas, which are dependent on discretionary income and buffeted by climate change, are already suffering the fate of the proverbial canary in the coal mine.

Finite resources will mean profound changes for society in general and the energy-intensive lifestyles of the US and Canada in particular. But not all regions are equally vulnerable to these 21st-century megatrends. Are you ready to look beyond “America’s Most Livable Cities” to the critical factors that will determine the sustainability of your municipality and region? Find out where your city or region ranks according to the forces that will impact our lives in the next years and decades.

·sustainability factors will favor economic solutions at a local, rather than global, level

·these principles apply to industrial economies and countries globally.

This book should be cited as follows: