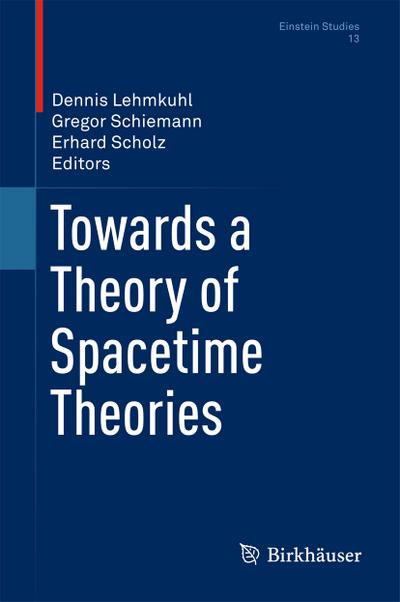 Towards a Theory of Spacetime Theories

This contributed volume is the result of a July 2010 workshop at the University of Wuppertal Interdisciplinary Centre for Science and Technology Studies which brought together world-wide experts from physics, philosophy and history, in order to address a set of questions first posed in the 1950s: How do we compare spacetime theories? How do we judge, objectively, which is the “best” theory? Is there even a unique answer to this question?

The goal of the workshop, and of this book, is to contribute to the development of a meta-theory of spacetime theories. Such a meta-theory would reveal insights about specific spacetime theories by distilling their essential similarities and differences, deliver a framework for a class of theories that could be helpful as a blueprint to build other meta-theories, and provide a higher level viewpoint for judging which theory most accurately describes nature. But rather than drawing a map in broad strokes, the focus is on particularly rich regions in the “space of spacetime theories.”

This work will be of interest to physicists, as well as philosophers and historians of science working with or interested in General Relativity and/or Space, Time and Gravitation more generally.


Inertial Motion, Explanation, and the Foundations of Classical Spacetime Theories.- A Primer on Energy Conditions.- Background Independence, Diffeomorphism Invariance, and the Meaning of Coordinates.- Gauge Theory of Gravity and Spacetime.- Paving the Way for Transitions - A Case for Weyl Geometry.- A Model-theoretic Analysis of Spacetime Theories.- The Relativity and Equivalence Principles for Self-gravitating Systems.- The Physical Significance of Symmetries from the Perspective of Conservation Laws.- Raisers of the Lost Spacetime.- Does Time Exist in Quantum Gravity?.