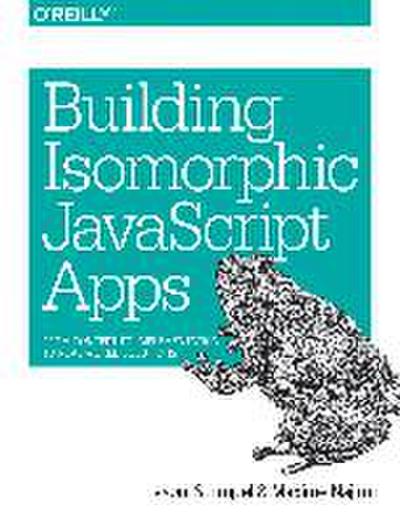 Jason Strimpel is a Staff Software Engineer on the platform team at WalmartLabs who specializes in the UI layer. Jason has been building web applications for the past 12 years. Approximately 3 years ago Jason began specializing in the front-end, in particular JavaScript. Since then Jason has worked with several component libraries and frameworks. However, Jason found limitations to these libraries when presented with uniquely challenging UI requirements, so he began developing his own custom components and catalog of helpers. He is an extremely passionate developer with a very bad sense of humor who loves simplifying the complexities that arise when building rich UIs.
Often referred to as the holy grail of web application development, isomorphic JavaScript lets you run the same code on both the browser client and web application server. This hands-on guide shows you a practical approach to building and maintaining your own isomorphic JavaScript apps. You'll learn why this application architecture has become an increasingly popular way to fix business-critical issues such as page-load speeds and SEO compatibility.