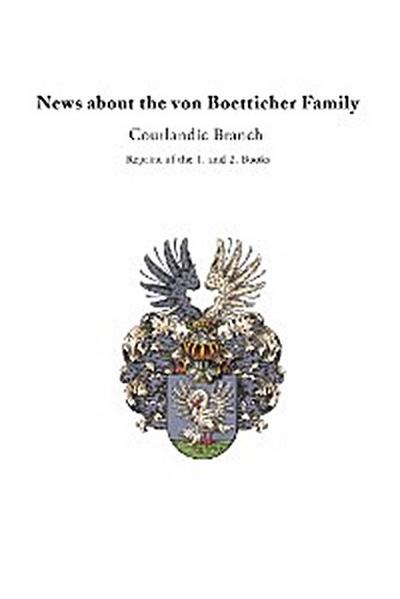 News About the Von Boetticher Family

Friedrich Boetticher, second son of Carl and Emilie Boetticher, moved from Riga, the capital of Latvia, to Germany in March 1849. Here he bought a farm, got married, and then sold the estate and moved back Latvia with his wife in September 1853 to live in his parents house during the winter months. Here his wife gave birth to their first child, Walter, in November 1853. In the spring, Friedrich moved back to Germany with his family to establish an art and book business.
When he was an adult, Walter von Boetticher, a medical doctor, came to visit his place of birth and to meet his relatives in Courland (a region in Latvia, also known as Kurland). Talking to his uncle Emil von Boetticher, he suggested that they research and write the first News about the von Boetticher Family. Walter wrote the first book about the history of the Courlandic branch of the von Boetticher family. Emil von Boetticher then wrote about his life and family with the help of numerous letters he had found that were written some 50 years earlier. This great work makes up the second book

Both men did outstanding work for all the future generations of the von Boetticher family.