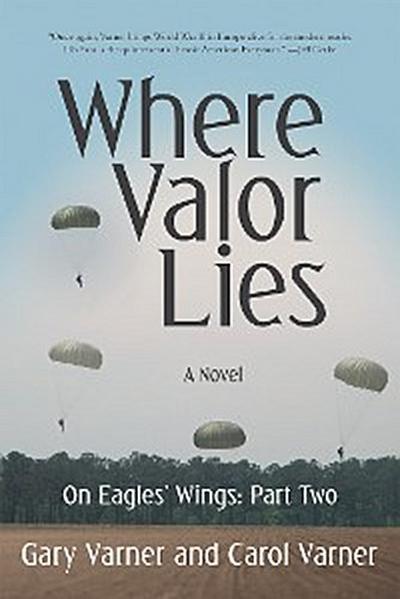 Where Valor Lies is the type of book that gets under your skin. Taking the story that her husband, Gary, began, Carol Varner has woven history into the fabric of each page, bringing us a compelling tale of faith, war, love and redemption. You wont want to put it down.Kelli Stuart, novelist and author of
Like a River From Its Course

It is August 1944 and World War II is far from over. As battles, blood, and death continue to engulf 101st Airborne Division paratrooper Lieutenant Samuel Henry, he knows there is only one person capable of taking his mind off his troubles: the beautiful English schoolteacher, Maggie Elliott. But as they fall quickly in love, Maggie and Sam have no idea an unexpected horror awaits.

In the midst of an overly ambitious military debacle, tragedy puts Sam and Maggies young love to the ultimate test. Meanwhile within the Reichs borders, German soldier Helmut Behr has just been released from the hospital. But as he embraces a self-imposed penance for his failure in Normandy, he discovers unprecedented horrors of both Allied and Nazi origin.

Whether seeking shelter in a hastily dug foxhole in the Ardennes Forest or Londons Underground, survival of wars maelstrom becomes more than physical. As Sam, Maggie, and Helmut face shocking events that test sanity and define valor, now only time will tell if the brutalities of war will change their fates forever.

Where Valor Lies continues the historical saga of an American paratrooper, his young his British sweetheart, and a German soldier as love, courage, and inner-strength are put to the test during the chaos of World War II.