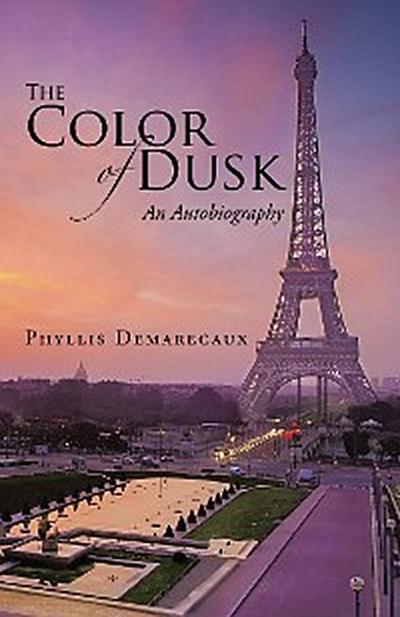 The Color of Dusk

Phyllis Demarecauxs story began during the Great Depression in rural Montana, where her parents struggled to raise five children in the years leading up to the Second World War. She lost touch with her mothers Cherokee culture when the family left Wolf Point and moved to Sidney.The accidental death of their brother and fending for themselves while their parents partied caused Phyllis and her siblings to grow up quickly. After a failed marriage and the loss of her child, Phyllis enlisted in the Womens Army Corps and gained some notoriety as Miss Subways and as film host and model.
Leaving behind the fallout from a second divorce, she moved to Paris,where she began writing childrens stories, working for the publishing house Hachette, and ultimately giving birth to her son, Sean. In 1980 she met her future husband, the screenwriter and film producer Robert Joseph. Phyllis worked alongside her husband in the film industry until his death in 2002. From humble beginnings to Hollywood, Phyllis Demarecaux has woven a fascinating story that traces the arc of her long, colorful life.