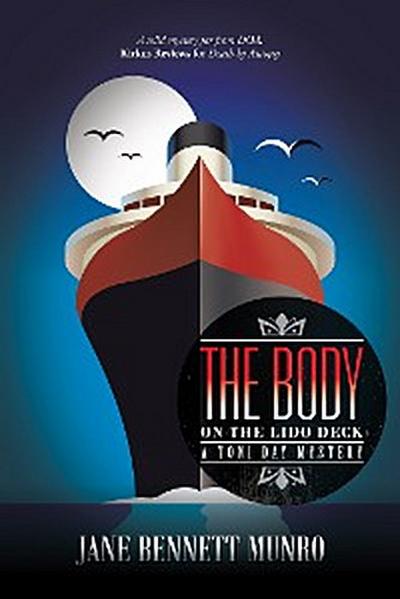 The Body on the Lido Deck

Twin Falls pathologist Toni Day is on a Caribbean cruise with her husband and parents when she is jerked out of a peaceful slumber by a horrific scream. After several unsuccessful attempts to reclaim sleep, Toni heads to the ships deck to read. But shortly after the sun rises, everything changes when a mangled body plummets from the roof into the pool next to her.

Rather than flee in horror, Toni teams up with her stepfather, Nigel, and Scotland Yard to investigate the murder, despite resistance from the captain and the Royal Barbados Police. With just three days left in the cruise, Toni and Nigel must work fast, especially when two more bodies are discovered and a crew member is fatally injured. As Toni delves into the histories of crew members, she uncovers mysterious connections that lead back nearly three decades. Finally, with only one night remaining, Toni and Nigel must set a trap in a last ditch attempt to find the killer before one of them becomes the final victim.

Exceptional realism that only comes from personal, hands-on experience. Munro writes with captivating flair, and her story line is believable and realistic.

Munros story is a roller-coaster ride of suspense and intrigue, with twists and turns that will entertain a lover of mysteries and forensic crime novels for hours.
The US Review of Books

If this is your first Toni Day novel, youll want to go back and start the series from the beginning.
BlueInk Reviews