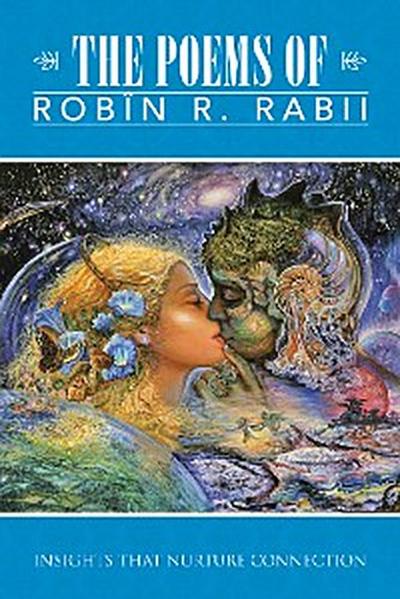 The Poems of Robin R. Rabii

The Great Architect of All Reality, another name for the unknown source that created the foundation for existence, had the wherewithal or playfulness to riddle creation with an eclectic mix of contradictory forces in humans and nature. In its infinite wisdom or ultimate boredom, the Architect instructed evolution to create humans and some say this act added stupidity to the divine designers mix!
While stupidity serves a critical role in helping us discern the behaviors that stall our climb up the evolutionary ladder, it is the active pursuit of connection, one of the Architects hidden ingredients, that allows us to scale the ladder of evolution with speed and begin reconciling the appearance of differences between us. Connection exposes the illusions of separation and provides the opportunity to reunite diametrically opposed perspectives we inherit or acquire through our social, cultural, religious, and ethnic conditioning.

The poems in this book are the insightful expressions of an author who is passionate about creating harmony between humans, the most complex of the Architects riddles. Through his words, the author attempts to elevate and worship the ordinary moments in life; expose the poisons in becoming a political or religious ideologue; explore the strained relationship between the intellect and the heart; ponder the cosmic aspects of patriotism; reveal the invisible demons of love; and convey sensitive, but instructive, snippets about race and color. Mixed in with these thought-provoking utterances is the authors ailing sense of humor, offering the opportunity to view serious matters through the lens of comedy.

Through the solemn and amusing prose, there is an opportunity to begin new conversations that may help us acknowledge and, through introspection, challenge our silent conditioninga first step in finding the keys to meaningful connection and harmony in all human affairs.