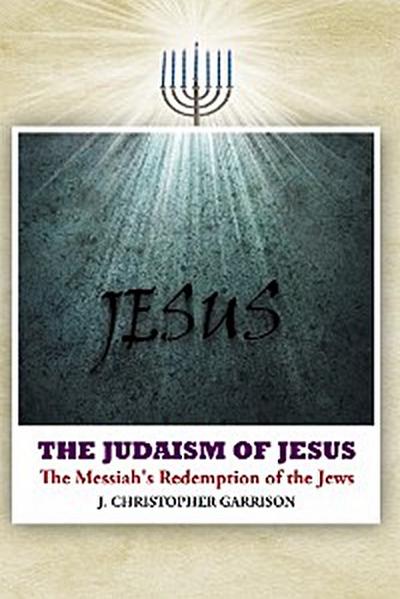 The Judaism of Jesus

We had hoped it was he [the Messiah] who would redeem Israel (Luke 24:21)
In this book, you will learn

that the religion Jesus founded was not Gentile or called Christianity. The name Christianity is not found in the New Testamenta work authored by Jews who followed Jesus;
that the religion of Jesus was a form of Judaism that revolved around the Hebrew concept of Brit Hadashah, meaning New Covenant. This concept first appeared in the writings of Jeremiah, one of the great prophets of Judaism;
that to achieve the full task Jews have expected of their Messiahof redeeming Israel and completing Gentile world salvationthere have been three separate stages in the work of Jesus the Messiah: (1) the Atonement & Resurrection stage; (2) the Gentile stage (represented by two thousand years of Gentile Christianity); and (3) the Jewish (or Jewish redemption) stage;
that with regard to the Messiahs prophecy on Jerusalem and on the completion (or fulfillment) of his Gentile stagesee Luke 21:24: Jerusalem will be trampled on by the Gentiles until the times of the Gentiles are fulfilledon June 7, 1967 (the day Jerusalem fell to Jews), the Messiahs prophecy was fulfilled. Hence, with June 7, 1967 formally marking the end of the Messiahs Gentile (or Christian) stage, the Messiahs final (or Jewish) stage has already begun;
that with the times of the Gentiles (or Christianity) over, why Christians must adjust and reorient themselves to the new Jewish era and reality that is rising;
many other topics of vital relevance to our present transitional erafrom Gentile-Christian to Jewish-centered timeswhere world history is quickly reaching a tumultuous climax...centered on the Jews, Jesus the Messiah and the Messiahs New Covenant Judaism as the winning side of end-time history.