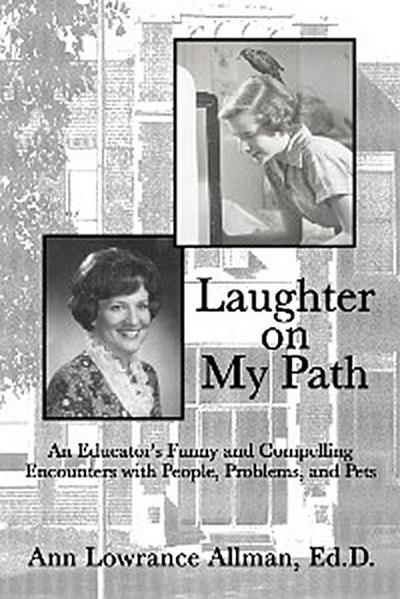 Laughter on My Path

Laughter on My Path is the memoir of a medical school professors fun-loving, pet-collecting, musical daughter. She wanted a more normal life and career apart from studying human brains on the kitchen table, being introduced to cadavers, and facing puberty with Grays Anatomy. Still terribly nave, she married the wrong man, who later became her brother-in-law and their boys Uncle Dad.
As Ann Hamilton in this first marriage, she began teaching Spanish. When she became Joplin High Schools dean of girls, she realized she must be both administrator and counselor to solve students problems. Later, she married Joplins entertaining school superintendent, Dr. Jack Allman. Soon they served as educators in Buenos Aires, where she made colorful mistakes using Mexican Spanish. Then they re-entered the States to stir up three more school systems.