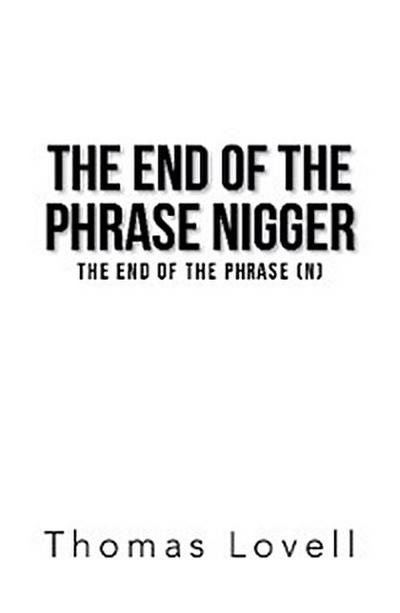 The End of the Phrase Nigger

He ran toward the man, but the floor gave way, sending Vince what appeared to be two stories down into the basement. It was pitch black as he lay there for what seemed to be hours in pain. In and out of consciousness, he moaned for what appeared to be an eternity. I must be paralyzed. I cant move. He heard someone moaning nearby. Someone else was in pain. Then he heard another. Whos there?Vince is a strong black male with no morals or conscience. He takes what he wants no matter what the cost and at who's expense if you get in his way. One day while running from the police after robbing Gold's Pawn Shop, he runs into an abandoned building, which begins to transform and the change in his life.
The End of the Phrase Nigger is a story about a young man who live a hard life on the streets as a hustler, gangster and murderer, not knowing his true worth. One day as he tries to flee a crime scene he runs into a doorway that takes him spiraling back in time. He encounters things that he will never forget which will change his (and your) life, mind, and heart as we end the phase nigger... forever.