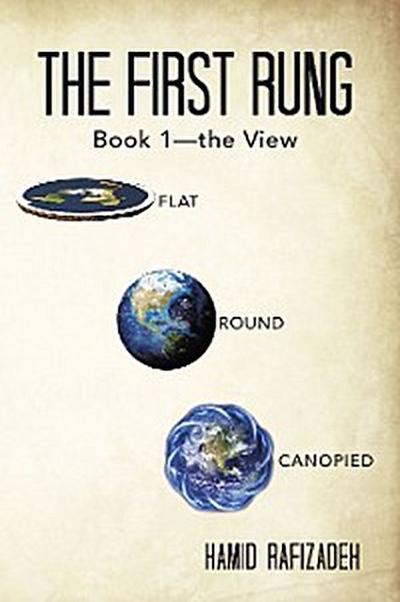 What can the long-dead ancients tell us about our future? Plenty, according to sacred texts and modern science. While the modern person has only witnessed one celestial state of the earth, ancient peoples have witnessed two. Science calls these two versions glacial and interglacial earth, but to the ancients they are the blue-skied earth and the canopied earth. And as the earth positions to once again flip to its yet unknown secondary state, we can turn to the ancients for answers.
The First Rung weaves together the stories of humanitys epic struggle to understand the past in order to understand the presentand most importantly, to understand the future. This fascinating account provides eye-opening insight into the mix of ancient and modern knowledge that defines the earths celestial environment, and author Hamid Rafizadeh offers a tour of the evidence regarding the earths two different versionsdetails of which our ancient human ancestors have seen.

By bringing echoes of the past into the present, we can have an intellectual awakening of the knowledge that holds the answers for humanitys survival and well-being. The unknown, hidden past of the ancients haunts the modern humans life; it is a dangerous shadow cast on everyone, but it is also a knowledge not to be missed.