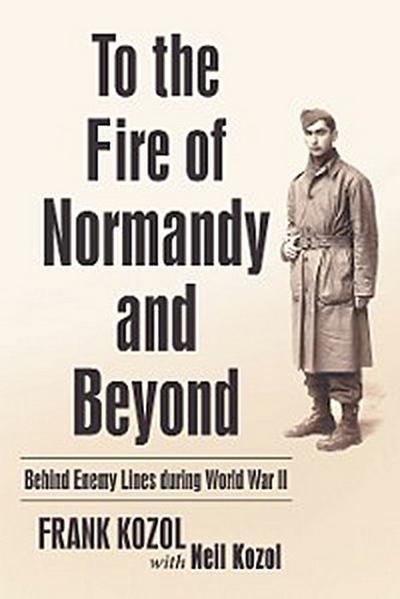 To the Fire of Normandy and Beyond

Frank Kozol “Paul Kramer”, who served in the U.S. Army during WWII is the eyes and ears for the reader on what it was like to leave home and go off to War.
While he’s changed the names of the people he served with, everything he writes about is true.
As he takes the reader on his journey to serve his country from leaving his family and neighborhood for Registration to returning as an honorably discharged WWII veteran, the author describes his day to day adventures which lead to unexpected service for the US Army behind enemy lines, embedded with the French Resistance.
He describes his friendships, his day to day activities as an army medic and working with the French Resistance, during the war.
Kozol must draw upon his patriotism, loyalty, character, and apply the values he was taught as a child to the challenging circumstances of war in order to survive.
This book conveys a captivating true story, by one of the many heroic soldiers protecting our country during WWII from a perspective that has rarely been seen or told. This is the adventure of one man’s war-time journey to The Fire of Normandy and Beyond.