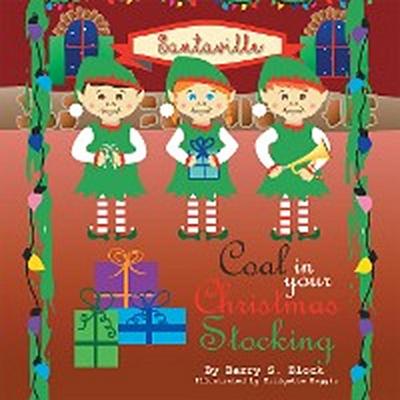 Coal in Your Christmas Stocking

Little Tommy Robertson doesnt believe in Santa and isnt what you would call a good boy. Rather than helping around the house with Christmas preparations, Tommy prefers to play video games and watch television.
And then one morning, he hears a knock at the door. When Tommy opens the door, theres no one there, but on the doorstep, there is a large black rock with a note that says, Im watching you, S.C. His mom has told him that kids who misbehave may get coal in their stockings instead of goodies, and now Tommy is getting worried. He takes the dark rock to a gemologist to discover whats really going on. There he learns the story of how the legend of coal in kids stockings came about. Will the tale he hears help him to change his ways?

In this childrens story, a boy who doesnt believe in Santa, and wont help with Christmas preparations, finds the faith to believe through the story of coal in Christmas stockings.