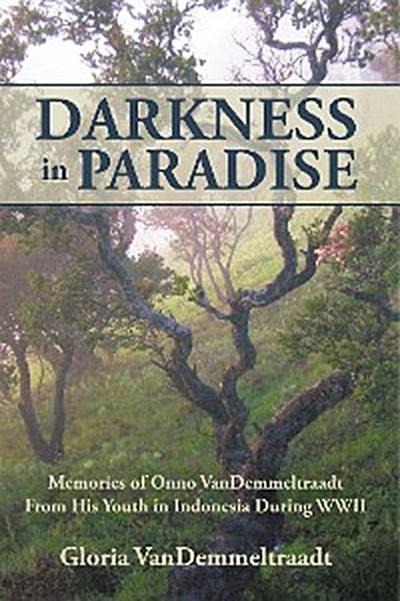 Onno VanDemmeltraadt was born in the Dutch East Indies and was six years old when the Japanese occupation of World War II began. In Darkness in Paradise, author Gloria VanDemmeltraadtOnnos wifetells her husbands story from the unique view of a young boy in the midst of darkness in his paradise.
In this memoir, Gloria has captured both the horrors and humor of her husbands early life in war-ravaged Indonesia. This recollection shares memories of fierce Japanese soldiers bursting into his familys home, and later having one of them teach him to fish. Visions, such as Onnos family running down the street with mattresses covering their heads as bullets fly by them, are stark. The stories tell the pains of war, but are filled with hope. Inspiring both tears and laughter throughout, Darkness in Paradise reveals layers of human compassion during the awful times of World War II.

Praise for Darkness in Paradise
What a wonderful first-person read. Onno has such a magnificent recall of facts I felt like I was there with him during many of his adventures. Told from a childs point of view, its about a country affected by WWII, and the subsequent Japanese occupation of Indonesia. You get a sense of the diverse cultures of Indonesia, both the native inhabitants as well as the mix of people from Holland who immigrated there. The many transitions of place, culture, and age are all brought to life.
Connie Anderson, Author, When Polio Came Home