How Do You Spell Ruzevelt? 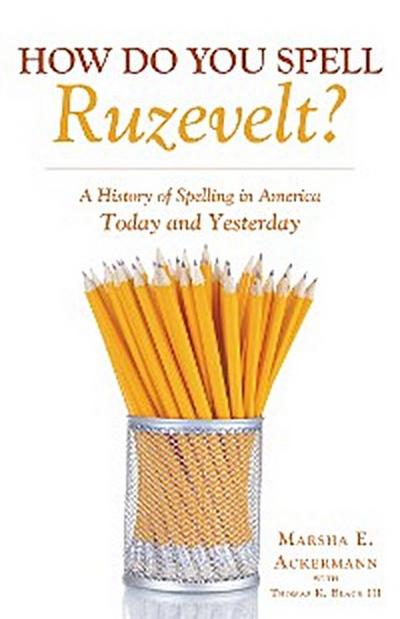 Much was at stake in early America as its people struggled to use an evolving language to meet the challenge of new political, economic, and social arrangements. It should come as no surprise, then, that language in both its spoken and written forms is fundamentally entwined in national and personal identity. Publishers, politicians, dreamers, schemers, and reformers understood its importance early on, and they sought to bend language to their will. While some think spelling is no longer relevant because of spell check, the author who grew up participating in spelling bees disagrees. She explores the rich history of language and spelling, and answers questions such as: Which founding father proposed eliminating the letters J and C from the alphabet? Who spells better: boys or girls? Who won the first national spelling bee? The author also explores her own love and difficulties with spelling, including the mistake that bounced her out of the 1961 National Spelling Bee. Whether youre a historian, educator, student or simply someone passionate about the written word, youll be delighted by the fun-filled facts and answers to obscure questions in How Do You Spell Ruzevelt?