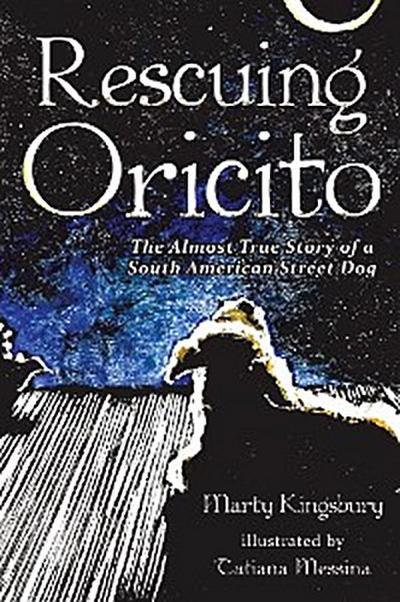 Oricito has never been alone. In all of his eight weeks on earth, his mam and his littermates have made the world a smaller, friendlier, and more playful place. But now they are all gone. As the sun rises on a new day, Oricito realizes that he too must either find his way or stay and die of starvation.
Led by his nose and his growling tummy, Oricito travels to a riverside dock in Valdivia, Chile, where he soon encounters an enormous creature with long whiskers, shiny teeth, powerful flippers, and beady eyes. Oricito wants to play, but the sea lion does not. After one good hiss, Oricito is chased into the street where a spooked horse kicks him and leaves him for dead. But all is not lost when two wily street dogs with much more worldly experience rescue Oricito and invite him along on their great adventures.

In this tale for middle readers, a puppy journeys from his family to become a street dog who, with his two new friends, must battle rain, hunger, cats, big dogs, and the most evil of all evil forces: a local politician whose greatest ambition is to rid Valdivia of street dogs.