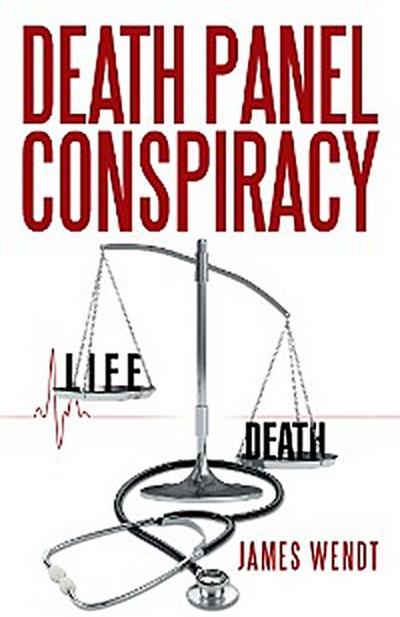 A rogue death panel composed of a high level US federal government official, an insurance company CEO, a HMO CEO, and a perverted physician create a system that places a dollar value on an individuals worth partly based on their medical history, and with a large organization of conspirators they perform a serial mass murder of predicted high cost individuals to save the federal, state and local governments, insurance companies and HMOs money.
Duke Landry, an exceptional surgical resident, meets a beautiful, young attorney, Diane Brady, who is defending the hospital against multiple lawsuits regarding suspicious and strange deaths. Duke and Diane fall in love, discover the death panel conspiracy and while attempting to expose the death panel they are discovered and become the hunted with all of the force of the US and Arizona governments against them.

Duke and Diane gain access into the death panel conspirators computers and discover lists of people who have been killed, who are scheduled to be killed, and when and how they are to be killed.

The plan to expose the death panel conspiracy is put into action while Duke takes the fight to the mountains and becomes the target of the largest manhunt in Arizona history. The plan creates a great victory and a great loss.

In this fast-paced medical thriller, a surgical resident and a hospital attorney who embark to set out to expose a death panel conspiracy become the hunted as the lives of countless innocent victims hang in the balance.