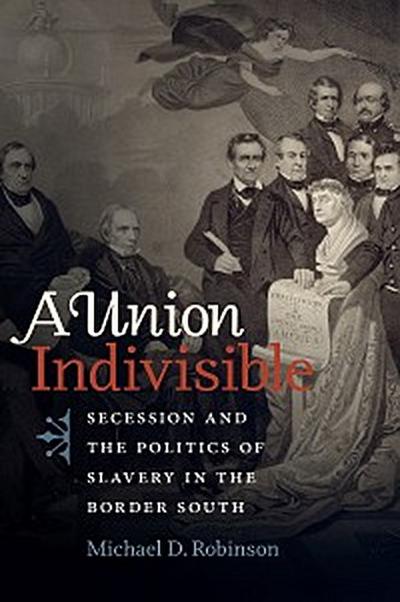 Many accounts of the secession crisis overlook the sharp political conflict that took place in the Border South states of Delaware, Kentucky, Maryland, and Missouri. Michael D. Robinson expands the scope of this crisis to show how the fate of the Border South, and with it the Union, desperately hung in the balance during the fateful months surrounding the clash at Fort Sumter. During this period, Border South politicians revealed the region's deep commitment to slavery, disputed whether or not to leave the Union, and schemed to win enough support to carry the day. Although these border states contained fewer enslaved people than the eleven states that seceded, white border Southerners chose to remain in the Union because they felt the decision best protected their peculiar institution.


Robinson reveals anew how the choice for union was fraught with anguish and uncertainty, dividing families and producing years of bitter internecine violence. Letters, diaries, newspapers, and quantitative evidence illuminate how, in the absence of a compromise settlement, proslavery Unionists managed to defeat secession in the Border South.