City in a Garden 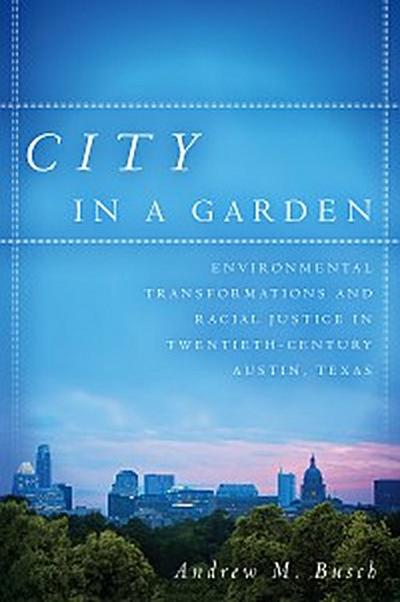 The natural beauty of Austin, Texas, has always been central to the city's identity. From the beginning, city leaders, residents, planners, and employers consistently imagined Austin as a natural place, highlighting the region's environmental attributes as they marketed the city and planned for its growth. Yet, as Austin modernized and attracted an educated and skilled labor force, the demand to preserve its natural spaces was used to justify economic and racial segregation. This effort to create and maintain a "city in a garden" perpetuated uneven social and economic power relationships throughout the twentieth century.


In telling Austin's story, Andrew M. Busch invites readers to consider the wider implications of environmentally friendly urban development. While Austin's mainstream environmental record is impressive, its minority groups continue to live on the economic, social, and geographic margins of the city. By demonstrating how the city's midcentury modernization and progressive movement sustained racial oppression, restriction, and uneven development in the decades that followed, Busch reveals the darker ramifications of Austin's green growth.