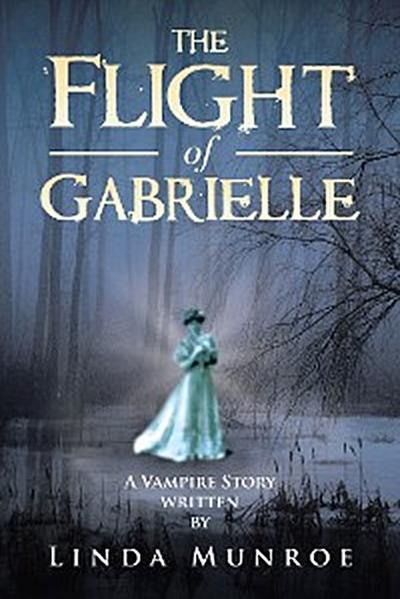 The Flight of Gabrielle

What if you discovered you were a descendant of a vampire? What would you do? How would you feel? In 1995, Angie May Sears found outthe hard way. Angie inherited her late grandmother Angelas lakeside cabin. She had no idea it also came with its ghostly past.
Alone and isolated in the cabin, far into the mountains, Angie unfurls the mysteries of her family by reading her late grandmothers journal. Instantaneously, she finds herself engulfed in the story of a vampire called Chalice, but only until she nears the end of the journal does she discover there is a connection between Chalice and her family.

ALLOW ME TO INTRODUCE, CHALICE
Handsome... Alluring...Cruel...A Vampire like no other. Strikingly handsome, cunning yet charming. Chalice creates his world, his way, taking only those who are worthy of his presence. Those who cross the master Chalice suffer the wrath of his dark punishment. Love was a curious emotion to Chalice. An emotion felt only when he crosses paths with a lovely, mortal, Gabrielle. Something stirred deep within Chalice. A need for Gabrielles exception over powered Chalice, striking an unfamiliar emotion. Those emotions turn to anger and rage when Gabrielle rejects Chalice as her master.

YOU MAY NOT WANT TO CLOSE YOUR EYES AT NIGHT.

Gabrielle roamed the mountains in search of relief from her tortured existence as a vampire. Seeking aid in her plan to kill Chalice, Gabrielle, blinded by Chalice, finds her way to the cabin. Something strangely familiar within her helped guide her to the remote cabin. In the dark of night, during a thunderstorm, Gabrielle appears in the dim corner of the cabin. Gabrielle reaches out to Angie for help. Shocked at the repulsive figure before her, Angie finds difficulty in comprehending reality. It is only when Gabrielle speaks to Angie and explains her dilemma that Angie realizes she is standing before her great-grandmother.