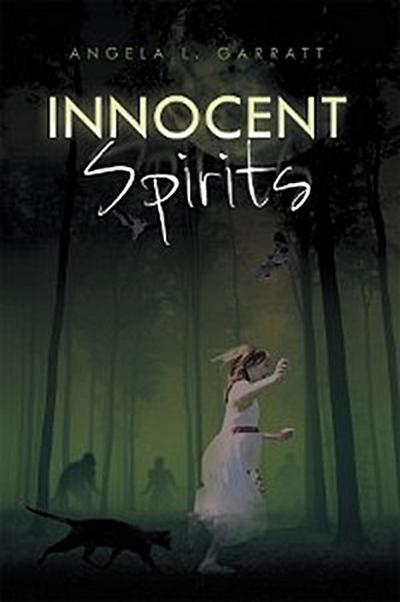 It is the year of our lord 1533. King Henry viii is on the throne and is burning down the monasteries; there is chaos in the country as Catholics are being persecuted. Many Catholics are either running or has gone into hiding. But it is not only the Catholics that are being hunted, witches are too. Or at least innocent people being accused of witchcraft are. So-called witches and their pets are being burnt at the stake when the real witches were using their magic to keep them out of trouble.

However, For Emily Waterson, she was in real danger. Emily is a witch, not the evil sort stereotyped by old wives tales, but a good witch, as good as they come. Her only want in life is too live a quite life where her family and loved ones are safe. But that is not to be as her little sister Geraldine is the only person in her family that knows of her abilities, and for many years this was the case until a werewolf threatened the whole family while they slept in their beds. Or at least that is what Emily thought. After eradicating the threat on a cold, stormy night, she went back into her home to find that her mother had seen everything. Horrified, her father and Geraldine were woken up and everything had to be explained.

Geraldine was not the secretive the little sister that Emily needed her to be. For all the time that Geraldine had known about Emilys abilities, she had held Emily over a barrel. Geraldine demanded her sister was there to answer her every beck and call. So when their parents found out about Emilys gifts, Geraldine was not happy because she could no longer get her own way. Though this would have been a relief for Emily but it put her in an even bigger danger, it was no longer their parents Geraldine was threatening to tell. It was the authorities, and therefore the witch hunters.

Years went by and Emily stayed with her parents and the presence of her horrible little sister. However, Emily does have a pet cat, a black cat that has just a few strands of white fur. His name is Shadow. But shadow is no ordinary cat, Shadow is a familiar, a faerie that can only be explained a guardian angel for witches.

Emily falls in love with a vampire warlock named Ervin Grossell. He is almost half a century old. He was a warlock before he was turned, which happened during the fight with the Vikings in 1066. At the time, King Harold was so concerned about the Normans invading from the South he wasnt watching the North when the Vikings attacked during the time of the battle of Hastings. Ervin fought many of the Northern foreigners, but some were so strong and fast, there was no way they could have been human. As it turns out, some of them werent, some were vampires. It was at this time that Ervin was defeated and became the person he is now. As a warlock, Ervin also had a familiar; her name was Sapphire, aptly named due to the colour of her eyes.

One dreadful night, Geraldine must have had enough of the games she was playing and eventually went to the authorities with what she knows about her sister, Emily. Emilys parents caught on to what Geraldine had done and her mother snuck her out the rear of the house while her father joined the hunt and tried to lead them in the wrong direction. But with Geraldine as their official guide, their father was trying in vein to help his daughter get away.

Emily and Shadow ran to the only place they thought they would be safe, Ervins and Sapphires home. They had to run through the black of night, through the pine forest and over the Brooke. Emily used her magic to destroy the wooden bridge over the Brooke, their only means of getting across. But the hunt was still on and even though Emily and Shadow was doing their best to stay safe they knew it was only a matter of time before the hunters would find a way to get over the Brooke and find them.

As soon as Emily and Shadow reached Ervins house they