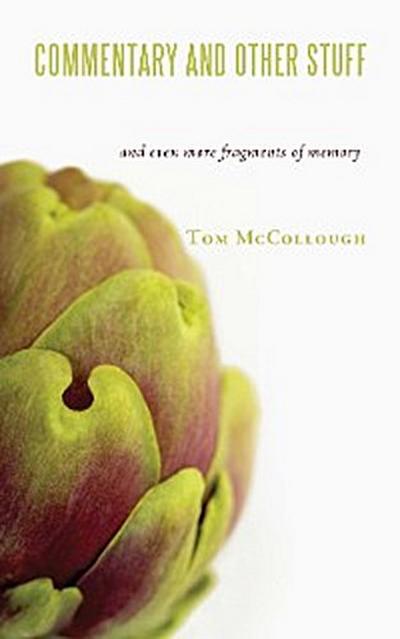 Commentary and Other Stuff

This book is volume two of McColloughs memoir. Once the VIN YETS machine was churning out vignettes like a sausage factory, no one told him to stop writing. They were written to be read aloud at the Writers Group at the Saratoga Retirement Community.
If well received by relatives and friends, Tom might publish, The Best of COMMENTARY AND VIN YETS.


Tom McCollough is a retired business man who worked for Ross Laboratories, the nutrition division of Abbott Laboratories.

He was also a fellow in the National Program for educational Leadership.

He and his wife Marian moved from Columbus Ohio to the Saratoga Retirement in Saratoga, California in 2005.