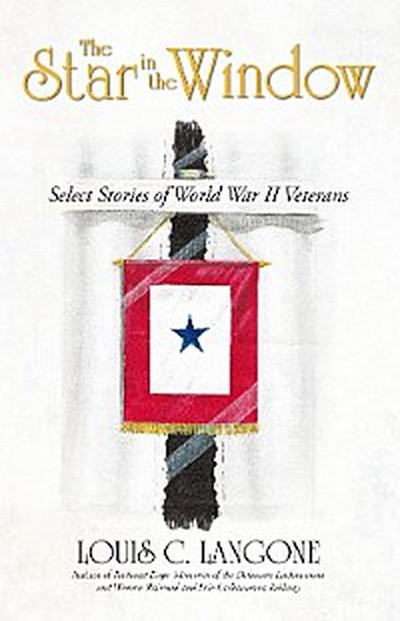 The Star in the Window

When a service banner adorned with stars was displayed in a homes window during World War II, it meant a family member was involved in the war. Some of the soldiers never returned, but those who did come home carried memories and war stories. In The Star in the Window, author Louis C. Langone tells the stories of more than seventy-five WWII veterans who lived in Waterville and Central New York.
Langone personally interviewed and listened to more than 100 men and women telling their wartime storiesfrom bombing missions over Europe to the island hopping campaigns of the Pacific to suffering as prisoners of war. The narratives are supplemented with material from books, periodicals, the Internet, press releases, unit histories, and letters, providing a mix of memories and facts. Photographs and community honor rolls are also included.

The Star in the Window not only preserves special WWII memories, but also gives insight into the hardships endured and sacrifices made by the veterans of the Central New York area. It provides an opportunity to experience history through the eyes and ears of veterans from the various military branches of service revealing shocking and obscure incidents of the war.