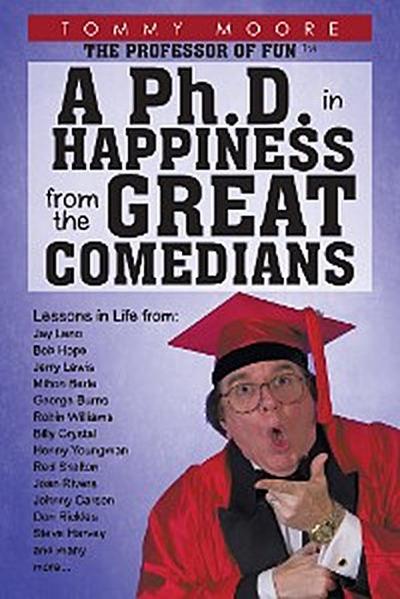 A Ph.D. in Happiness from the Great Comedians

On April 2nd, 1986, comedian Tommy Moore was told he might never stand onstage again. Since then, hes done over 3,500 shows, speeches, and seminars at Comedy Clubs, Casinos, Cruise Ships, Colleges, Corporations, Churches, Synagogues, Resort Hotels, and on Radio and TV.A true survivor and maybe the real last comic standing, this book tells the story of how advice from comedy giants nursed him back to physical and emotional health.

Look what the media has said about comedian
Tommy Moore:

The man knows his craft, and it shows!
Gail Shister, The Philadelphia Inquirer

A Million Dollar Comic, with an act suitable for the whole family, a flair for the off-beat, and a habit of involving the audience.
Jack Lloyd, The Philadelphia Inquirer

Tommy Moore puts the FUN back in FUNNY
Beth DAdonno, The Times

A performer who knows no bounds in his outlook.
Fran Carpentier, Parade Magazine