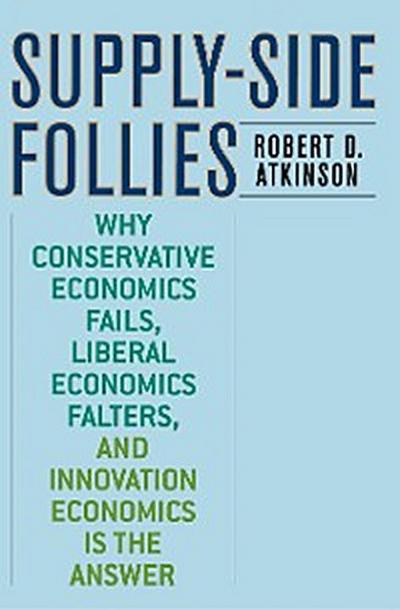 Supply-Side Follies methodically debunks the common assumptions of conservative economics and demonstrates why it is a 'flawed doctrine' that is setting up the U.S. for a major economic downturn in the near future.
Supply-Side Follies is a progressive political and economic challenge to the current George W. Bush policies. It debunks commonly held assumptions of conservative economic policies centered on the obsession that tax cuts led to greater productivity and prosperity. These fundamentally flawed policies are setting the United States up for a major economic downturn in the near future. The 21st century knowledge economy requires a fundamentally different approach to boosting growth than simply cutting taxes on the richest investors. The alternative is not, however, to resurrect old Keynesian, populist economics as too many Democrats hope to do. Rather, as Rob Atkinson makes clear, our long-term national welfare and prosperity depends on new economic strategy that fits the realities of the 21st century global, knowledge-based economy: innovation-based growth economics.
Part 1 Part I. The Supply-Side Revival
Chapter 2 1. The Perfect Reagan Republican

Chapter 3 2. What Is Supply-Side Economics?

Chapter 13 10. Demand-Side Economics: An Alternative Blast from the Past