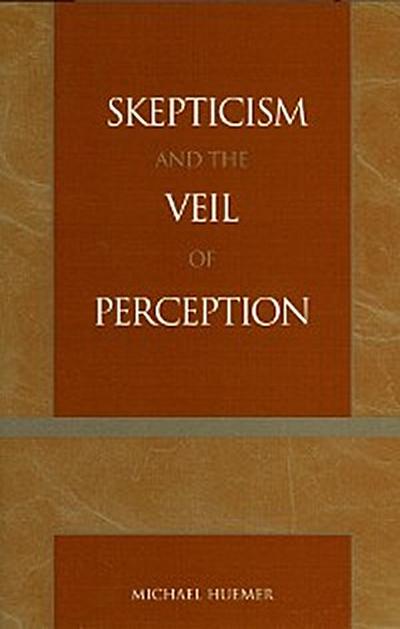 Skepticism and the Veil of Perception

This book develops and defends a version of direct realism: the thesis that perception gives us direct awareness, and non-inferential knowledge, of the external world. Huemer rebuts the main arguments used by philosophical skeptics to try to show that we cannot know anything about the world outside of the mind, as well as the arguments used by representationalists to try to show that we only perceive representations of external objects.
Since Descartes, one of the central questions of Western philosophy has been that of how we know that the objects we seem to perceive are real. Philosophical skeptics claim that we know no such thing. Representationalists claim that we can gain such knowledge only by inference, by showing that the hypothesis of a real world is the best explanation for the kind of sensations and mental images we experience. Both accept the doctrine of a 'veil of perception:' that perception can only give us direct awareness of images or representations of objects, not the external objects themselves. In contrast, Huemer develops a theory of perceptual awareness in which perception gives us direct awareness of real objects, not mental representations, and we have non-inferential knowledge of the properties of these objects. Further, Huemer confronts the four main arguments for philosophical skepticism, showing that they are powerless against this kind of theory of perceptual knowledge.
Chapter 1 Analytical Contents
Chapter 2 Figures

Chapter 5 The Lure of Radical Skepticism

Chapter 7 A Version of Direct Realism

Chapter 8 A Version of Foundationalism

Chapter 10 An Objection to Indirect Realism: The Problem of Spatial Properties