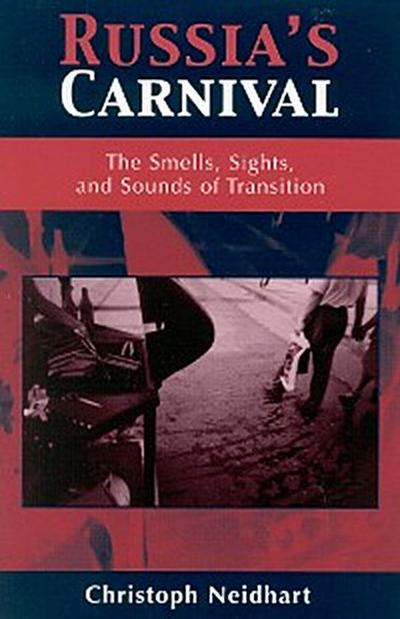 Neidhart convincingly argues that Russia is a different country from the Soviet Union, growing into a Western-style, middle-class society with a free market and a democratic policy.
This colorfully drawn and acutely observed book explores Russia by engaging all our senses. Today's Russia smells different from the Soviet Union. The country looks and sounds different, its touch is different and its food tastes different. Thus, Christoph Neidhart argues, Russia is truly a changed country from the Soviet Union it was, little more than a decade ago. Russian society is rapidly urbanizing and modernizing, as can be perceived by all senses, including the awareness of space and the conception of time. After almost a century, space can be privately owned and freely traded; time too has become commodified. New role models and new ways to express social status are emerging. Russia has become a 'monetized' economy as the old Soviet practice of provision by networking has grown obsolete. Russia thus readies itself gradually to grow into a Western-style, middle-class society with a free market and democratic polity. The author assesses these rapid changes using the evocative metaphor of the carnival to understand the chaotic inversion of the Communist structure of society. He explores the transition's traps and shortcomings—such as the privatization of politics and the looting of the state's assets—and compares this process to the modernization Western society underwent a century earlier.
Chapter 1 Introduction: Is Democracy Visible?
Chapter 2 Carnival or Revolution? When Russia Suspended Time and Space

Chapter 4 To Fake Is To Make Believe

Chapter 8 To Buy Is to Be: Money Replaces the Fences

Chapter 10 Conclusion: Ikea, or the Furniture for a Modern Russia