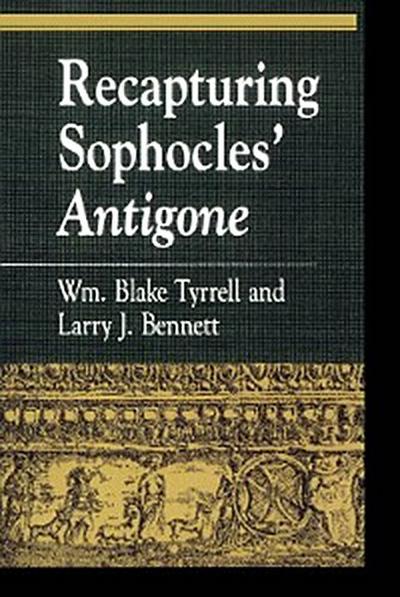 In this book, Wm. Blake Tyrrell and Larry J. Bennett examine Sophocles' Antigone in the context of its setting in fifth-century Athens. The authors attempt to create an interpretive environment that is true to the issues and interests of fifth-century Athenians, as opposed to those of modern scholars and philosophers. As they contextualize the play in the dynamics of ancient Athens, the authors discuss the text of the Antigone in light of recent developments in the study of Greek antiquity and tragedy, and they turn to modern Greek rituals of lamentation for suggestive analogies. The result is a compelling book which opens new insights to the text, challenges the validity of old problems, and eases difficulties in its interpretation.
Chapter 1 Foreword
Chapter 2 Preface