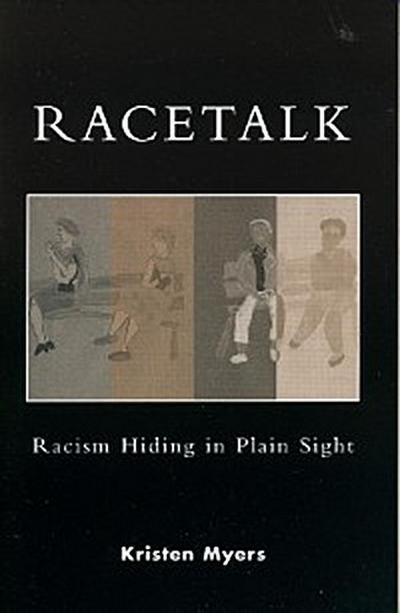 Drawing on over 600 incidents of racetalk among whites, blacks, Latinos, and Asians, this book examines private racism. Using a dialectical analysis, this book examines the ways that everyday people help to reproduce racism through their common interactions.
Studying racism is challenging. Most people avoid publicly expressing racialized comments in fear of being labeled racist. Much public talk is sugar coated and coded to distance the speaker from the racist message. This study captures behind the scenes commentary—racetalk—that degrades people due to race and ethnicity. Despite racial inroads made over the past several decades, the racetalk in this study evinces old fashioned racist ideas persisting in modern imaginations. These scripts say that African Americans are dangerous. Whites are superior. Latinos are dirty and disposable. Indians are sinister. Slavery is a trivial—if not nostalgic and amusing—historical anomaly that is better forgotten. Private racetalk keeps these old scripts hidden yet alive. Through racetalk, people imbue different racial and ethnic groups with oppositional statuses. Racetalk delineates boundaries between whiteness, blackness, and brownness. Racetalk is a tool used in policing these boundaries. Most people who cross racial/ethnic boundaries through alliances, friendships, and courtships are sanctioned. Nevertheless some people are able to cross more successfully than others. An analysis of the content of racetalk reveals the processes through which people negotiate racial/ethnic meanings and boundaries on a daily basis. In so doing, they often perpetuate the old racial regime but occasionally they challenge it.
Chapter 1 Hiding in Plain Sight: Racetalk, the Language of Racism
Chapter 2 Revealing Racetalk

Chapter 4 The Structure of Signification: Whiteness

Chapter 5 The Structure of Signification: Blackness

Chapter 6 The Structure of Signification: Brownness

Chapter 7 The Structure of Domination: Surveillance and the Policing of Boundaries

Chapter 8 The Structure of Legitimation: Accounting for Racetalk

Chapter 10 The Accidental Antiracist: Research as a Tool for Raising Consciousness

Chapter 12 Praxis: In Search of a Balm