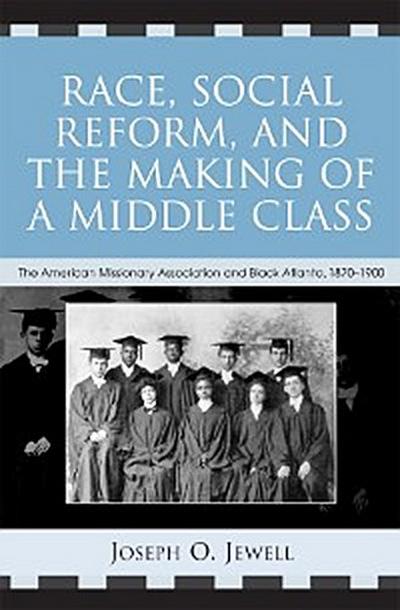 Race, Social Reform, and the Making of a Middle Class

Periods of time characterized by large scale social change encourage reinterpretations of the meanings of categories like race and class, strategies for their reproduction, and their relationship to one another as social structures. The racialized nature of class identities makes movements which attempt to redistribute class resources along racial lines a challenge to both racial boundaries and class boundaries, highlighting their intersection through the strategies and resources associated with social reproduction.
Moral reform movements targeting racial minorities have long been central in negotiating the relationship between race and class in the United States, particularly in periods of large scale social change. Over a century ago, when the abolition of racial slavery, Southern Reconstruction, industrialization, and urban migration presented challenges to both race and class hierarchies in the South, postbellum missionary reform organizations like the American Missionary Association crusaded to establish schools, colleges, and churches for Blacks in Southern cities like Atlanta that would aggressively erode cultural differences among former slaves and assimilate them into a civic order defined by Anglo-Protestant culture. While the AMA's missionary institutions in Atlanta sought to shift racial dynamics between Blacks and Whites, they also fueled struggles over the social and cultural boundaries of middle class belonging in a region beset by social change. Drawing upon late nineteenth century accounts of AMA missionary activity in Atlanta, Black attempts to define and maintain a middle class identity, and Atlanta Whites' concerns about Black attempts at upward mobility, the author argue that the rhetoric about the implications of increased minority access to middle class resources like education and cultural knowledge speaks to links between anxieties about class position and racial status in societies stratified by both class and race.
Chapter 1 Introduction: Race, Class Formation and Social Reform
Chapter 2 "Open and Urgent Fields of Labor": The American Missionary Association, Race, and Social Reform in the Black South

Chapter 3 "Up From Slavery": Structural and Cultural Foundations of Atlanta's Black Middle Class, 1870-1900

Chapter 5 "From 'Black Sheep' to 'Dusky Shepherds'": Missionary Religion and the Making of a Black Middle Class Elite