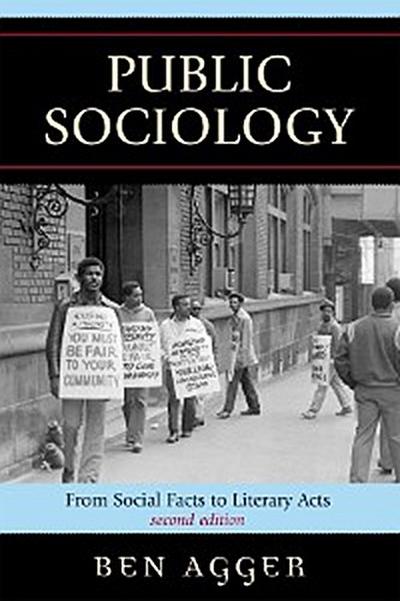 Public Sociology examines the 'discourse' of mainstream journal articles in sociology in order to understand the essentially conservative nature of mainstream sociology. These articles primarily make advances in method, not substance. Drawing from Mills, critical theory and postmodernism, Agger develops a non-positivist version of sociological writing that is at once accessible and relevant to social problems.
Public Sociology, 2nd edition offers a fundamental enriching of method far beyond the scope of research methodology textbooks. It looks at sociology as a social act-as writing-in arguing for a public sociology that can more fully embrace and address crucial public issues. Building on the philosophy of science and recent postmodernist critiques, Agger shows how the social science text reproduces the existing social world, suppressing science's author in order to position itself as simply a mirror of nature, not a deliberate human version replete with ontology, theory, values, and politics. As such, method is an argument that polemicizes quietly for a certain view of the world. Agger peruses how science could be crafted differently, acknowledging, even embracing its authoriality while opening it to crosscurrents of other humanistic writing. Only by liberating sociology from the "secret writing" of science can its ineradicable humanity be realized. But rather than dwelling on recent critiques, this, more than any other book, looks ahead to a new way of doing science-one that is simultaneously more scientific and humanistic. Its prescient view of how social science can take the lead in building a more democratic public sphere will make it a must-read for every student and researcher.
Chapter 1 Preface
Chapter 2 Sociology as Secret Writing: Lessons from Postmodernism

Chapter 5 Method as the Main Text

Chapter 7 "Maybe the Reviewer is Just Dense": Review and Revision as Argument

Chapter 9 Sociological Writing in the Wake of Postmodernism