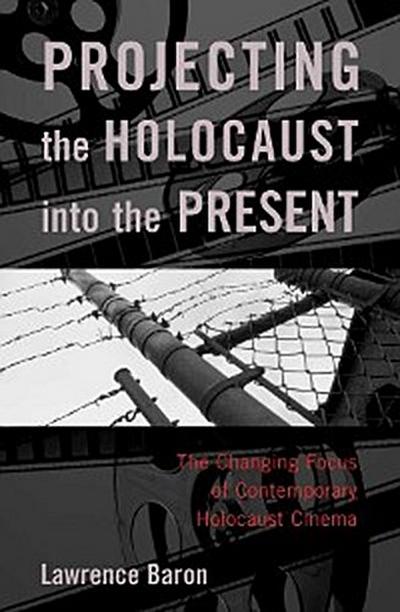 Projecting the Holocaust into the Present

In this accessible, clear, jargon free, and comprehensive text, Projecting the Holocaust into the Present offers an insightful historical perspective on how public conceptions of the Holocaust in film have changed over time.
Most Holocaust scholars and survivors contend that the event was so catastrophic and unprecedented that it defies authentic representation in feature films. Yet it is precisely the extremity of 'the Final Solution' and the issues it raised that have fueled the cinematic imagination since the end of World War II. Recognizing that movies reach a greater audience than eyewitness, historical, or literary accounts, Lawrence Baron argues that they mirror changing public perceptions of the Holocaust over time and place. After tracing the evolution of the most commonly employed genres and themes in earlier Holocaust motion pictures, he focuses on how films from the l990s made the Holocaust relevant for contemporary audiences. While genres like biographical films and love stories about doomed Jewish-Gentile couples remained popular, they now cast Jews or non-Jewish victims like homosexuals in lead roles more often than was the case in the past. Baron attributes the recent proliferation of Holocaust comedies and children's movies to the search for more figurative and age-appropriate genres for conveying the significance of the Holocaust to generations born after it happened. He contends that thematic shifts to stories about neo-Nazis, rescuers, survivors, and their children constitute an expression of the continuing impact the Holocaust exerts on the present. The book concludes with a survey of recent films like Nowhere in Africa and The Pianist.
Chapter 1 The Holocaust: A Cinematic Cataclysm?
Chapter 2 Picturing the Holocaust in the Past

Chapter 6 The Children Are Watching: Holocaust Films for Youngsters

Chapter 8 Projecting the Holocaust into the 21st Century