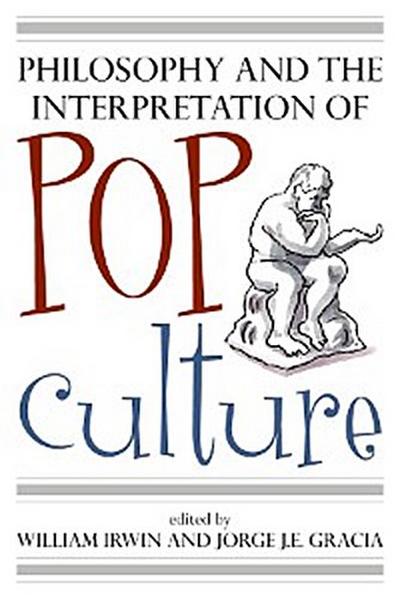 Philosophy and the Interpretation of Pop Culture

Comprised of thirteen articles by well-known authors, this book makes the case to philosophers that popular culture is worthy of their attention. Issues of concern include the distinction between high culture and popular culture, the aesthetic and moral value of popular culture, allusion and identification in popular culture, and special problems posed by the interpretation of popular culture. Popular art forms considered include: movies, television shows, comic books, children's stories, photographs, and rock songs.
Aristotle analyzed the popular art of his time: the tragedies and epics. Why should philosophers today not do likewise? Perhaps we can learn something from children's stories by subverting the dominant paradigm of adult authority and admitting with Socrates that we don't know all the answers. Perhaps Batman has ethical lessons to teach that generalize beyond the pages of comic books. Is it better to like Mozart than it is to like Madonna? Kurt Cobain gave voice to the attitude of a generation, singing, 'Here we are, now entertain us.' Is entertainment a bad thing, or could it actually have value-and not just instrumental value?
Part 1 Acknowledgements
Part 2 1. Philosophy Engages Popular Culture: An Introduction

Chapter 4 2. Philosophy and the Probably Impossible

Chapter 7 5. On the Ties That Bind: Characters, the Emotions, and the Popular Fictions

Chapter 8 6. Liking What's Good: Why Should We?

Chapter 11 8. Popular Culture and Spontaneous Order: Or How I Learned to Stop Worrying and Love the Tube

Chapter 12 9. From Horror to Hero: Film Interpretations of Stocker's
Dracula

Chapter 13 10. Socrates at Story Hour: Philosophy as a Subversive Motif in Children's Literature