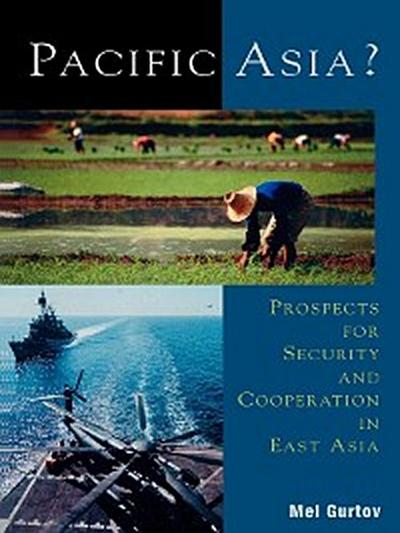 Emphasizing human and environmental security over traditional power politics, Mel Gurtov offers a provocative reinterpretation of security in the Asia-Pacific region. The author questions a number of prevailing assumptions, such as the China threat, a U.S.-centered balance of power, and the necessity of a greater Japanese security role. He argues instead for a cooperative framework for future security that focuses on people's basic needs, is sensitive to Asian nationalism, and gradually replaces military power with developmental priorities. With its concise appraisals of the security policies of the United States, China, Japan, the two Koreas, and the ASEAN countries, this work will be a valued reference for policymakers, scholars, and students alike.
Most studies of Asia-Pacific security are marked by pessimism and continuing belief in the virtues of a balance of power. Pacific Asia? goes against the grain by pointing to a number of positive developments—especially economic—in regional relationships, the absence of an arms race, the growth of multilateral groups, and an emerging consensus on the importance of nonmilitary paths to national security. Above all, Mel Gurtov stresses a definition of security that focuses on basic human needs, social justice, and environmental protection. The author disagrees with proponents of a China threat, criticizes U.S. Cold War notions of security through forward-based power, and argues for new efforts at regional dialogue based on multilateral cooperation, sensitivity to Asian nationalism, and a role for Japan as a 'global civilian power.'
Chapter 1 List of Abbreviations
Chapter 2 Preface

Chapter 4 Sources of Security and Insecurity

Chapter 10 Toward a More Pacific Asia