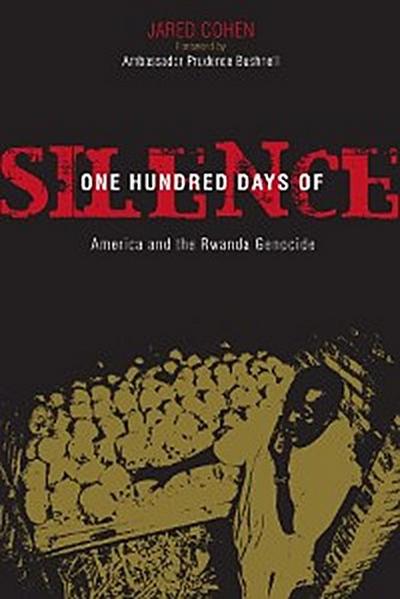 One Hundred Days of Silence

In the spring of 1994, eight-hundred thousand Rwandan Tutsis and Moderate Hutus were killed in a horrific genocide. One Hundred Days of Silence is a scathing look at the challenges of humanitarian intervention, the history of U.S. policy toward the 1994 Rwanda genocide, and the role of genocide in the larger context of strategic studies. It looks at the principal questions of what the U.S. knew, and why it didn't intervene, and how non-intervention was justified within the American bureaucracy.
One Hundred Days of Silence is an important investigation into the 1994 Rwandan genocide and American foreign policy. During one hundred days of spring, eight-hundred thousand Rwandan Tutsis and sympathetic Hutus were slaughtered in one of the most atrocious events of the twentieth century. Drawing on declassified documents and testimony of policy makers, Jared Cohen critically reconstructs the historical account of tacit policy that led to nonintervention. His analysis examines the questions of what the United States knew about the genocide and how the world's most powerful nation turned a blind eye. The study reveals the ease at which an administration can not only fail to intervene but also silence discussion of the crisis. The book argues that despite the extent of the genocide the American government was not motivated to act due to a lack of economic interest. With precision and passion, One Hundred Days of Silence frames the debate surrounding this controversial history.
Chapter 1 Missed Opportunities
Chapter 2 The "Somalia Hangover": Peacekeeping Reformed

Chapter 7 Too Little, Too Late

Chapter 8 Wrong Actions: What the United States Should Have Done