Suicide and Self-Harm in Prisons and Jails 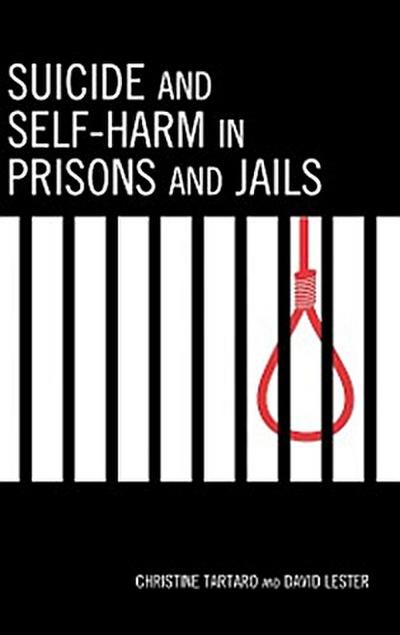 Using recent prison and jail suicide data, Suicide and Self-Harm in Prisons and Jails
explores how the stress associated with arrest, sentencing, and incarceration can contribute to the onset of a suicidal crisis even among those who never before experienced suicidal ideation or self-harmed.
Police and corrections personnel must always be mindful of the possibility that those in their custody may attempt suicide or commit an act of self-mutilation. Persons housed in prisons, jails, and police lockups tend to be at a higher risk for such destructive behavior than members of the general population. Reasons for this can be found by examining the mental health, substance abuse, and physical/sexual abuse histories of inmates in addition to deficits in their coping skills and the stress and uncertainty generated by incarceration. This book explores several topics pertaining to suicide and deliberate self-harm in the corrections setting, including who tends to commit these acts; where, when, and how these incidents occur; screening mechanisms; the role of environmental stimuli in facilitating or preventing acts of self harm; interpersonal relations among inmates and between inmates and staff; and the role of the courts in setting and ruling on suicide prevention policies. The authors discuss the role of prevention techniques that offer a balance between strict opportunity-reduction and softer motivation-reduction strategies. The book also includes suggestions for diversion programs that can keep mentally ill inmates out of prisons and jails and transition planning programs to better prepare outgoing inmates for their re-entry into the community.
Chapter 1. Introduction
Chapter 2. Who Commits Suicide While Incarcerated?
Chapter 3. When, Where, and How Suicides in Prisons and Jails Occur
Chapter 4. Suicidal Ideation, Suicide Attempts, and Self-Mutilation
Chapter 5. Screening and Assessment
Chapter 6. Crisis Intervention and Counseling
Chapter 7. Facility Design and Suicide Prevention
Chapter 8. Diversion and Transition Programs
Chapter 9. Litigation Issues
Chapter 10. Suggestions for the Future