Iraq and Gertrude Bell’s The Arab of Mesopotamia 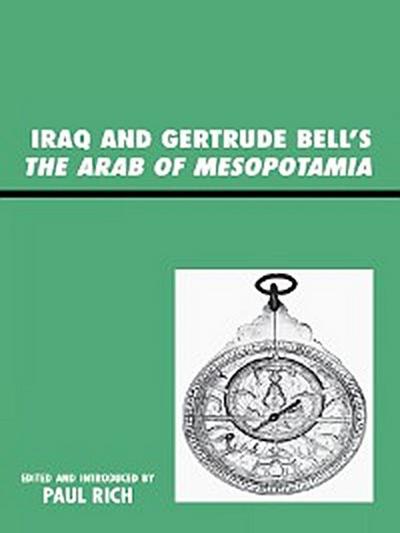 To understand contemporary Iraq and the ongoing crisis in the Middle East, no book provides a surer guide or more unsettling experience, written as it was for another war, another army, and another time. Gertrude Bell for a fleeting moment was the optimistic progenitor of the Iraq that today is becoming unglued.
Gertrude Bell was one of a select group of Western Arabists who helped create the modern Middle East. She was arguably the single most influential individual in Iraq when the British attempted in the aftermath of World War I to create a nation out of regions that had long been different provinces of the Ottoman Empire. She was called upon to produce this succinct but insightful volume as a guide for the military officers and civil servants who were attempting to create an Iraqi government. A long dispute over whether the volume was actually written by her is settled in Dr. Paul Rich's introduction. It not only was written by Bell, but the reader can see in what she choose to emphasize just what her own views on the course that the development of Iraq should take. Unfortunately Bell's dreams of a successful outcome for Iraq in the aftermath of the war floundered, partly because of the ineptitude of the occupiers but partly too because of the irreconcilable factions that today, so many years later, remain an overwhelming obstacle to peace. Broken in spirit, Bell took her own life and joined Lawrence of Arabia in what is a pantheon of romantic if disillusioned admirers of the Arab lands.
Chapter 1 Introduction
Chapter 2 Introduction to the Lexington Edition

Chapter 3
The Arab of Mesopotamia