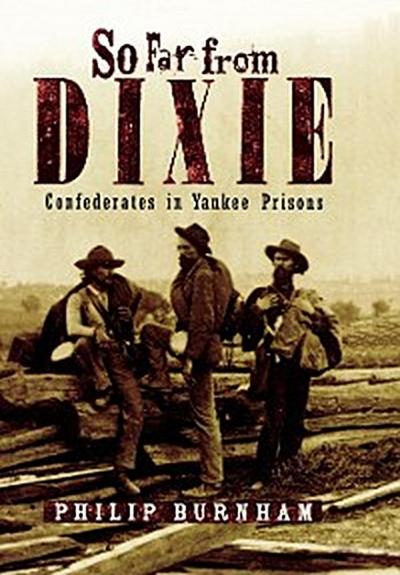 So Far from Dixie

So Far from Dixie is the gripping narrative history of five men who were sent to Elmira and survived to document their stories.
Across the North, 26,000 Rebels died in what was called "Yankee captivity"—six times the number of Confederate dead listed for the battle of Gettysburg, and twice that for the Southern dead of Antietam, Chickamauga, Chancellorsville, Seven Days, Shiloh, and Second Manassas combined. "If there was ever a hell on earth," one Confederate veteran remembered, "Elmira prison was that hell." New York's POW camp—nicknamed "Helmira"—was the most infamous of Northern prisons during the Civil War, places where hunger, brutality, and disease were everyday hazards.


So Far from Dixie is the gripping narrative history of five men who were sent to Elmira and survived to document their stories. Berry Benson promised that he would escape the prison under honorable circumstances. Anthony Keiley charmed Union authorities into giving him a job at Elmira and later became mayor of Richmond, Virginia. John King refused to build coffins for his fellow prisoners. Marcus Toney disdained to take the Union oath of loyalty until long after the war had ended. And Frank Wilkenson, a Union army volunteer only fifteen years old, endured the same humiliating punishments meted out to the prisoners he was guarding.