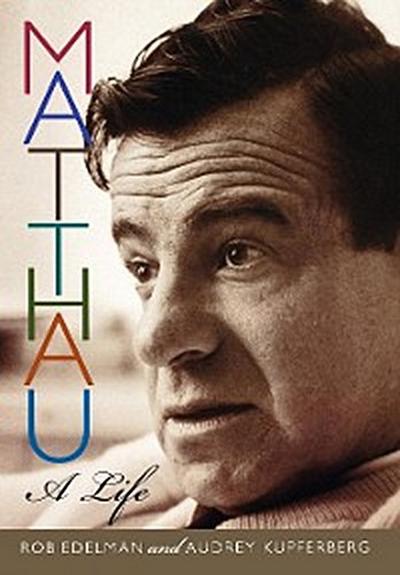 Based on dozens of interviews and extensive research, this book covers the breadth of Walter Matthau's often-complicated personal life and multi-faceted career.
Funny yet down-to-earth, honest yet full of exaggeration, actor Walter Matthau (1920-2000) will always occupy a place in America's heart as one of the great comic talents of his generation. Born Walter Matuschanskayasky into Jewish tenements on New York's Lower East Side, he was a child actor in New York Yiddish theater, and later a World War II Air Force radioman-gunner. He paid dues for ten years on Broadway, in summer stock, and on television before landing his film debut The Kentuckian in 1955. By the time of his 1968 casting as cantankerous but lovable slob Oscar Madison in the film version of Neil Simon's
The Odd Couple, Matthau had won major Hollywood stardom.

Based on dozens of interviews and extensive research, this book covers the breadth of his often-complicated personal life and multi-faceted career, including his unforgettable performances in such films as
The Fortune Cookie,
A Guide for the Married Man,
Plaza Suite,
Charley Varrick,
The Taking of Pelham One Two Three,
The Sunshine Boys,
The Bad News Bears,
California Suite, and
Grumpy Old Men.