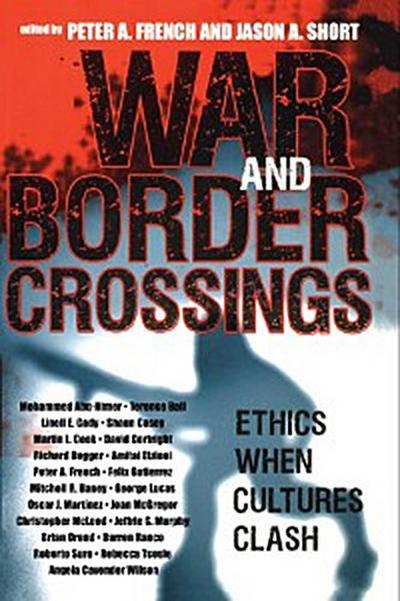 Visit our website for sample chapters!
War and Border Crossings brings together renowned scholars to address some of the most pressing problems in public policy, international affairs, and the intercultural issues of our day. Contributors from widely varying disciplines discuss cross-cultural ethical issues and international topics ranging from American international policy and the invasion and occupation of Iraq to domestic topics such as immigration, the war on drugs, cross-cultural bioethics and ethical issues involving American Indian tribes. The culture clashes discussed in these essays raise serious questions about what principles ought to inform the negotiating of conflicts in order to achieve, or at least approach, outcomes that are fundamentally just, fair, responsible, and ethical.
Chapter 2 Preface
Part 3 I. Pax Americana: The Justification of Preemptive War and the Response to International Terrorism

Chapter 9 Pax Americana and the Bush Doctrine in the Middle East: An Arab Post-Iraq War Perspective

Chapter 14 Cross-Cultural Judgments: The Next Steps

Chapter 18 ON THE BORDERS AND CROSSING BORDERS:

Chapter 19 Managing Mestizaje: The Ethics of a Cosmopolitan Era

Chapter 22 Ethical Dimensions of the War on Drugs

Chapter 26 Reclaiming Our Humanity: Decolonization and the Recovery of Indigenous Knowledge

Chapter 28
In the Light of Reverence: When Every Place is Sacred