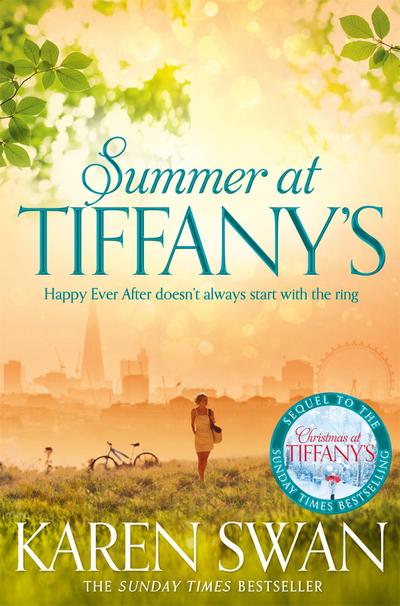 Karen Swan is the Sunday Times top three bestselling author of twenty books and her novels sell all over the world. She writes two books each year - one for the summer period and one for the Christmas season. Previous summer titles include The Spanish Promise, The Hidden Beach and The Secret Path and for winter, Christmas at Tiffany's, The Christmas Secret and Together by Christmas.

Her books are known for their evocative locations and Karen sees travel as vital research for each story. She loves to set deep, complicated love stories within twisting plots.
She is currently writing a five book historical series called 'The Wild Isles', based upon the dramatic evacuation of Scottish island St Kilda in the summer of 1930.

Summer at Tiffany's by Karen Swan is the captivating and romantic sequel to Christmas at Tiffany's, perfect for fans of Santa Montefiore and Veronica Henry.

Cassie loves Henry. Henry loves Cassie. With a Tiffany ring on her finger, all that Cassie has left to do is plan the wedding. It should be so simple but when Henry pushes for a date, Cassie pulls back.

Henry's wild, young cousin, Gem, has no such hesitations and is racing to the aisle at a sprint, determined to marry in the Cornish church where her parents were wed. But the family is set against it, and Cassie resolves to stop the wedding from going ahead.

When Henry lands an expedition sailing the Pacific for the summer, Cassie decamps to Cornwall, hoping to find the peace of mind she needs to move forwards. But in the dunes and coves of the northern Cornish coast, she soon discovers the past isn't finished with her yet . . .