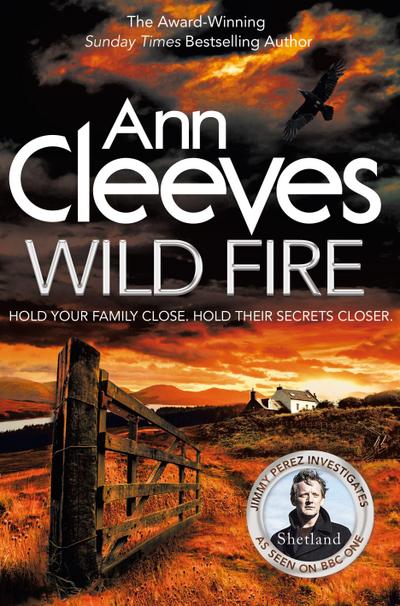 Cleeves, Ann
Ann Cleeves is the author of over thirty critically acclaimed novels, and in 2017 was awarded the highest accolade in crime writing, the CWA Diamond Dagger. She is the creator of popular detectives Vera Stanhope and Jimmy Perez who can now be found on television in ITV's Vera and BBC One's Shetland. The TV series and the books they are based on have become international sensations, capturing the minds of millions worldwide.
Ann worked as a probation officer, bird observatory cook, and auxiliary coastguard before she started writing. She is a member of 'Murder Squad', working with other British northern writers to promote crime fiction. Ann is also a passionate champion for libraries and was a National Libraries Day Ambassador in 2016. Ann lives in North Tyneside near where the Vera books are set.
Wild Fire is the eighth, and final book, in Ann Cleeves' bestselling Shetland series - a major BBC One drama starring Douglas Henshall as Jimmy Perez.

Drawn in by the reputation of the islands, a new English family move to the area, eager to give their autistic son a better life. But when a young nanny's body is found hanging in the barn of their home, rumours of her affair with the husband begin to spread like wild fire.

With suspicion raining down on the family, DI Jimmy Perez is called in to investigate. For him it will mean returning to the islands of his on-off lover and boss Willow Reeves, who will run the case.

Perez is already facing the most disturbing investigation of his career, when Willow drops a bombshell that will change his life forever. Is he ready for what is to come?
From award-winning and Sunday Times top five bestseller Ann Cleeves comes the captivating eighth, and final, novel in the Shetland series featuring DI Jimmy Perez in his most personal case to date.
Cleeves is quietly carving out a reputation as the new Queen of Crime,The best living evoker of landscape,Jimmy Perez is a fine creation,Ann's characterization is worthy of the best writers in the field