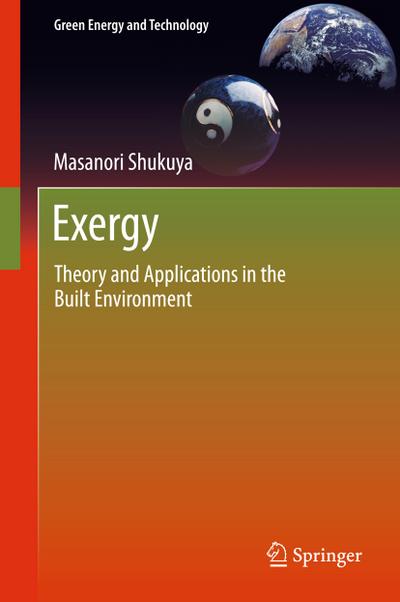 He has been actively involved in international research cooperation including participation in the International Energy Agency (IEA) and Energy Conservation in Buildings and Community Systems (ECBCS), and others. He was an Otto-Mønsted Visiting Professor at the Technical University of Denmark in 2008 and 2009.

Masanori Shukuya was awarded the prize of the Architectural Institute of Japan (AIJ) for Research in 2001 for his remarkable achievement in exergy research on the built environment. He was also awarded the Prize of AIJ for Education in 2012 for his outstanding contribution to the advancement of architectural education with respect to the built-environmental systems to be in harmony with the global environmental system.


He has published Light and Heat in the Built Environment: An Approach by Numerical Simulation (1993), Seeking Symbiotic Architecture (1999), and Theory on Exergy and Environment (2004) in Japanese and many scientific papers in Japanese and English.

Many people, professionals and non-professionals alike, recognize that it is of critical importance to solve global energy and environmental issues. For this purpose, it is essential to have a scientific understanding of what is meant by the "energy" issue is and the "environmental" issue. The concept of "exergy" is a scientific concept that exactly fits.

The concept of 'energy' is a scientifically-well established concept, namely 'to be conserved'. Then the question is what is really consumed. Exergy: Theory and Applications in the Built Environment is dedicated to answer this fundamental question by discussing the theory of "exergy" and by demonstrating its use extensively to describe a variety of systems in particular for built-environmental conditioning. Our immediate environmental space works within the flow of energy and matter in an "exergy-entropy" process, and the built environment can be designed with these energy & environmental issues in mind.

Exergy: Theory and Applications in the Built Environment introduces readers who are not familiar with thermodynamics to the concept of exergy with a variety of discussion on the built-environmental space such as heating, cooling, lighting, and others. Readers, including students, researchers, planners, architects and engineers, will obtain a better picture of a sustainable built-environment.

This book introduces to readers who are unfamiliar with thermodynamics the concept of exergy, discussing a variety of relevant topics in the built-environmental space such as heating, cooling, lighting and many more.
Improves the reader's understanding of how the built environment should be designedEnables the reader to understand how our immediate environmental space works within the exergy-entropy process
Includes numerous figures to illustrate the subject matter
CHAPTER 1 Renewing Our View with the Concept of Exergy.- CHAPTER 2 Exergy-Entropy Process of Global Environmental System.- CHAPTER 3 Built-Environmental Systems.- CHAPTER 4 Theory for Closed Systems.- CHAPTER 5 Theory for Open Systems