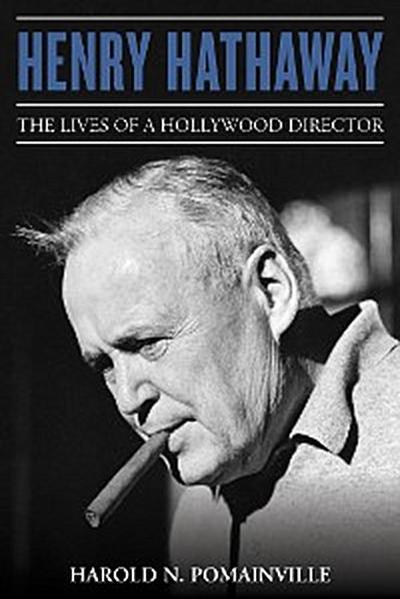 This is a biography of Henry Hathaway, one of the unsung directors from the golden age of Hollywood. Hathaway was responsible for many near-classics of the era, including Lives of a Bengal Lancer, The House on 92nd Street, Kiss of Death, Calling Northside 777, The Desert Fox, Niagara, and the original True Grit, which earned John Wayne’s his Best Actor Oscar in 1970.
For the casual film fan, Henry Hathaway is not a household name. But in a career that spanned five decades, Hathaway directed an impressive number of films and guided many actors and actresses to some their most acclaimed performances. He also helped launch the Hollywood careers of numerous actors such as Randolph Scott, Lee Marvin, Karl Malden, and Charles Bronson. His work on Niagara established Marilyn Monroe as a major star. Hathaway also guided John Wayne to his Academy Award-winning performance in the original version of True Grit.

In Henry Hathaway: The Lives of a Hollywood Director, Harold N. Pomainville looks at the life and work of this Hollywood maverick. The author charts Hathaway’s career from his first low budget Western in the early 1930s through his last film in 1974. In between, he focuses his attention of the films that brought the director acclaim, including The Lives of Bengal Lancer (1935)—for which Hathaway received an Oscar nomination—noir thrillers The House on 92nd Street and Kiss of Death, and his documentary-like production of Call Northside 777 with Jimmy Stewart.


In this book, the author captures Hathaway’s extroverted personality and keen intellect. He befriended some of the best known celebrities of his generation and was known for his loyalty, generosity, and integrity. He was also notorious in Hollywood for his powerful ego, explosive temper, and his dictatorial style on the set. Henry Hathaway: The Lives of a Hollywood Director is a must-read for anyone interested in the enduring work of this unheralded, but no-less-noteworthy, master of American cinema.