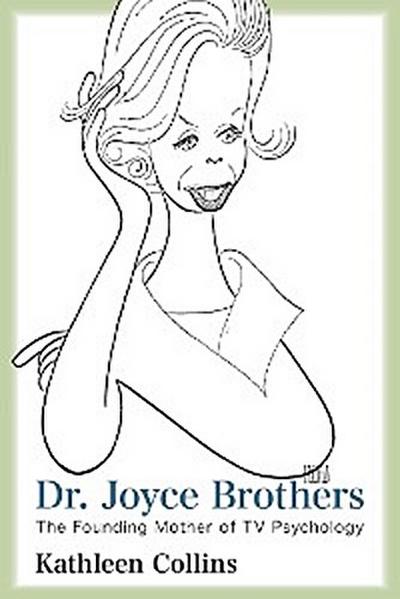 This is the first book to examine the life and career of Dr. Joyce Brothers, a nearly ubiquitous figure who appeared on television from the mid-1950s (as a contestant on The $64,000 Question) through the twenty-first century. Known primarily for her insight as a psychologist, Brothers wrote a daily newspaper advice column for more than five decades until her death in 2013. The author situates Dr. Brothers within the context of the broader American culture, incorporating relevant social, cultural, and historical events into this biographical narrative.
Equipped with an encyclopedic knowledge of boxing, a young Joyce Brothers competed on The $64,000 Question and became the first woman to win the top prize money. That triumphant debut in 1955 was the initial step toward a career as a media pioneer. Through her own advice programs and perennial appearances on talk shows—as well as episodic television—Brothers became one of the most well-known figures of the 20th century. For more than four decades, viewers could count on her authoritative, calm response to almost any issue, from marital and financial woes to the Space Shuttle disaster.

In Dr. Joyce Brothers: The Founding Mother of TV Psychology, Kathleen Collins explores how a clever businesswoman provided a mass-scale service for a never-ending demand: helping viewers understand themselves. Collins explains how Brothers’ longevity on television was in large part afforded by her symbiotic relationship with the medium. She played other roles in addition to–and interdependent on–that of media psychologist. Her numerous appearances on variety shows, sitcoms, and dramas kept her on the screen and in the public eye, creating both a persona as celebrity professional as well as professional celebrity.


This portrait of Brothers’ multi-layered career also provides a means by which to observe U.S. cultural history, addressing cultural preoccupations with television and self-help obsessed audiences looking for guidance in reality TV. Drawing on primary sources from Brothers’ personal papers and published interviews—as well as interviews the author conducted with several of Joyce’s former colleagues and her daughter, Lisa Arbisser—Collins provides an engaging, informative, and thought provoking look at this iconic figure.